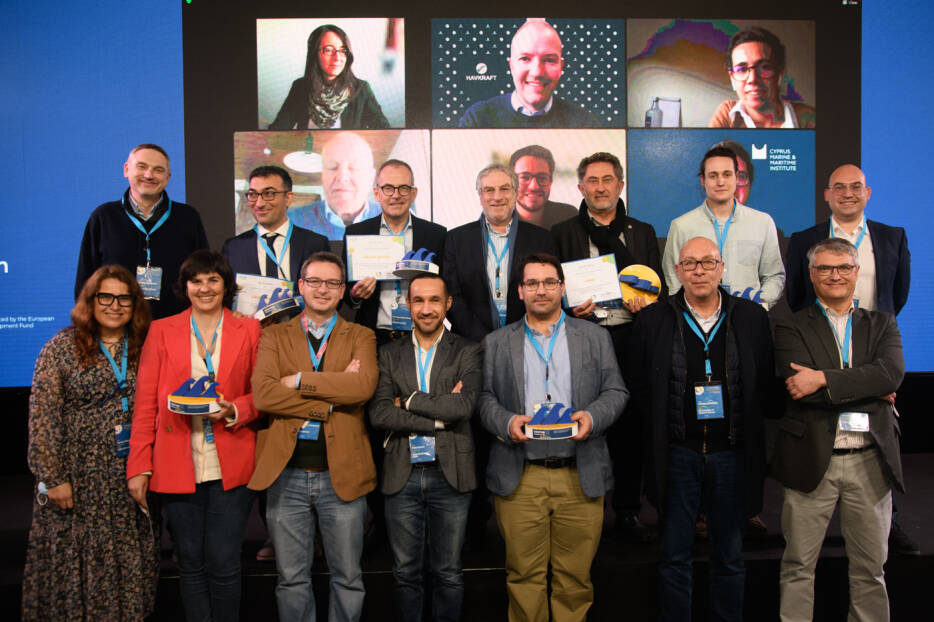 ·      More than 350 participants from 20 countries came together, both in person and online, in this European forum for renewable marine energies organized by CEEI Valencia

·      Speakers such as Lucas de la Vega, Director of Investments at Zubi Capital, Javier Moliner, CEO of Howlanders, and José Luis de Cachavera, the COO of Startupxplore, laid out the keys to success in the search for investments for projects related to Blue Energy

·      During the event, representatives from the European Commission and experts in Blue Energy lead discussions and the winners of the Open Innovation Challenge were announced, a contest that aims to find real solutions to the concerns and problems related to this type of energy.

More than 350 people involved in the renewable energy sector in Europe, gathered in Valencia (Spain) for the second edition of the BLUE DEAL Business Forum. This European forum aims to spread awareness and analyse the situation and the future of Blue Energy, clean marine enegry, as well as generate regional and transnational alliances to integrate them into current policies of this area.

Across the three days Forum, organized by CEEI Valencia, different experts from all over Europe discussed the potential of marine energies in the Mediterranean Sea, including the presentation of several success stories and good practices in the sector. The CEO of CEEI Valencia Ramón Ferrandis opened the first day by sharing a few words with the attendees: "CEEI is always at the forefront of innovation in industry. For this reason, we support emerging sectors such as Blue Energy to mobilize, cohesive and generate synergies between the different entities in our Valencian Community and across the CEEI collaborators. "

On the first day of this event, the BLUE DEAL Transfer Protocol was presented by Katerina Sfakianaki, head of CRES. "The Transnational Mediterranean Cluster connects the regions and key players in the Blue Energy value chain, which is designed to materialize renewable marine energy with its main aims to involve stakeholders in an active role," explained Sfakianaki.

In addition, Simone Bastianoni, leader of the BLUE DEAL project and professor at the University of Siena, stated that "Blue Energy is unique, so its development should not follow the same pattern as other form of renewable energy, because it has much more potential". He also suggested that "the current situation has proven to us that we need to accelerate the development of energy independence with the use of renewable energies. If we want to take the energy transition seriously, we cannot leave out 70% of our planet, that is, the sea. "

The second day of the European event featured the Open Innovation Challenge of BLUE DEAL, an open innovation contest organized together with companies and institutions to launch 12 challenges to promote the use of renewable marine energies in the Mediterranean. Throughout the competition, the 12 challengers shared their concerns and problems related to the use and development of this type of energy.

The competition was a sucess. More than 30 European companies have presented 80 solutions to the 12 challenges proposed. The winners met during the Business Forum in Valencia. The proposals consisted of:

Another one of the most eagerly awaited moments of the event has been the financing presentation that focused on sharing the keys to success in finding investment for projects related to Blue Energy. More specifically, in the presentation "INVESTING: Investment structures ", the pros and cons of the different investment vehicles, in addition to giving guidelines on how to get impact investment for startups was discussed. Paloma Más, investor in Plug and Play, Paloma Castellano, director of Wayra Madrid, and Lucas de la Vega, director of Investments at Zubi Capital, led the discussion and shared their experience and the management of their own companies.

"The entrepreneurial ecosystem is a complex environment in which it is necessary to know how to relate, because it is easy to lose your position" said Paloma Más, an investor in Plug and Play. "Sometimes there is a lack of prior preparation by startups to present themselves at large events where the stands are free and easy to access. Good relationships are very important, and you must do the prior work to know who you want to talk to. On the other hand, investors must also be clear on what type of projects they want to get involved with, if for example, they are looking for B-series or C-series investment projects,” stated Más.

The role of public administrations has also come to light during the event, highlighting both its room for improvement and its remarkable process of adaptation to the entrepreneurial ecosystem. "In recent years we have noticed the evolution of the startup ecosystem, but the public administration is not moving at the same pace." It is an ecosystem that grows rapidly and creates a lot of employment, and administration must regularly be trying to support this growth and listen to the different stakeholders, explained Paloma Castellano, director of Wayra Madrid. Lucas de la Vega, investment director of Zubi Capital, also integected by stating that: "The role of the Spanish administration has been good so far. There are things to improve and progress that can be made in the future, you can not always be at the forefront of everything, but Spain is a good place to invest in startups. "

On the other hand, the CEO of Howlanders, Javier Moliner, and the COO of Startupxplore, José Luis de Cachavera, spoke about how startups are prepared to get financing, as well as what startups are looking for when choosing investors. Aditionaly, they shared the investor's perspective, stating that their key values are empathy and alignment with the client: "We carry out a very scrupulous selection of projects, a very precise analysis to minimize risks. We try to be very transparent by making the pros and cons visible and showing them in a very clear way so that they can, together with us, create a more balanced investment portfolio," concluded Cachavera.

BLUE DEAL is a European project made up of 12 partners from 6 Mediterranean countries and co-financed by the European Regional Development Fund and the Instrument for the Pre-accession Assistance Fund, with a budget of 2.8 million euros.